if insulin makes people fat why does it makes only some of us fat, we all secrete insulin, after all, right?.

Plenty of us are lean and will stay lean for life, but this, however, is a question of nature, and our genetic predisposition, not nurture or the effects of diet and our lifestyle that triggers this nature, the answer lies in the fact that hormone doesn’t work in a vacuum and insulin is no exception. 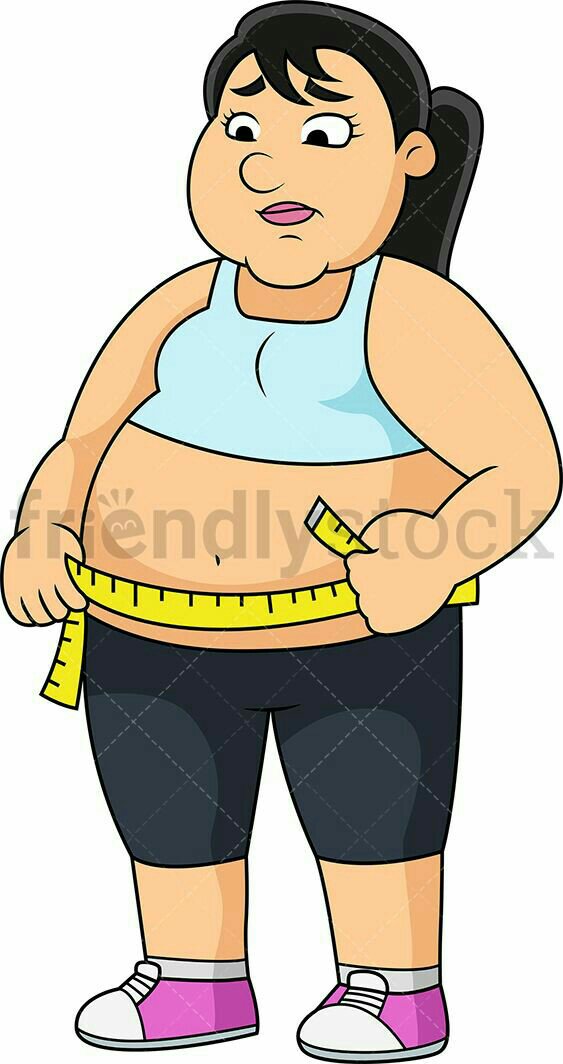 The effect of a hormone on any particular tissue or cell depends on a host of factors both inside and outside of our cells. the enzymes for instance such as LPL and HSL, allow hormones to differ in their effects from cell to cell, from tissue to tissue, and even at different stages of our development and lives.

we need to think of insulin in this context as a hormone that determines how fuel is partitioned around the body.

After a meal, insulin and the various enzymes that influence this such as LPL determine what portion of the different nutrient we ingest would be sent to each tissue, how much will be burned, how much will be stored, and how this will change with need and with time.

However, my concern here is what fuel would be used for energy and what would be stored.

If your body is predisposed to store fat rather than burn it, it means the insulin partitions a disproportionate amount of the calories you consume into storage rather than to be used for energy by the muscles, which as a result you’d have a tendency to fatten and have less energy available for physical activities.

In other words, you’d tend to be sedentary.

the farther your body ( insulin) errs toward storage, the more calories would be stored, the fatter you’d be.

If you do not want to be sedentary, then you’d have to eat more to compensate for this loss of calories ( energy ) into fat, which is why the fatter you become, the more likely you are to eat more!

This happens because insulin stashes fat in the fat tissue and ensures that it stays there and our muscles a forced to burn more carbohydrates just to compensate for the lack of fuel when we deplete our store of glycogen which alone might make us even hungrier.

the results are that we tend to eat more and expand less while our fat tissues just keep filling up with fat! It is the morbidly obese people of the world who embody this situation perfectly.

When your body is predisposed to burning a proportionate share of the calories you consume as energy, you’d have plenty of energy for physical activities, and little left to be stored as fat.

This is why there are people who could stock up on burgers and fries and yet still stay thin, we all know these type, I mean how can we not? we hate them!

However, when your body burns fat rather than store it, you’d be lean and active, just as you’re supposed to be and you’ll eat in moderation.

the farther out you go in this direction the more energy you’d have for physical activities and the less would be stored, the leaner you’ll be.

Often we’d see marathoners lean, this is not because they eat less and workout out more per sé, these people literally have energy to burn because their bodies have been predisposed to burning fat as energy ( well at least some of them, for we do know that not all fit people are healthy and burn fat for fuel, some are actually just running on glucose).

So what determines the direction at which your body leans towards?

the answer is not quite as simple as how much insulin you secrete, although that probably is part of it.

Given the same food containing the same amount of carbohydrates, some people will secrete more insulin in reaction than others.

And those who do are more likely to put on weight and have less energy at their disposal.

Their bodies work to keep blood sugar levels under control because high blood sugar is toxic and they’re willing to overstuff their fat cells if necessary when there is sugar do it.

But another important factor is just how sensitive to insulin your tissues happen to be and how quickly they become insensitive ( that is insulin resistant ).

This idea of being insensitive to insulin is critical to understanding why we get fat, as well as many of other diseases associated with it.

The more insulin you secrete the more likely your cells are to become more resistant to that insulin, this means it will take more insulin to do the same job as it would had it been you were more sensitive to it.

Your cells are the ones who make the decision that they don’t want any more glucose than they’re already getting, for too much glucose is toxic for cells and they make it harder for insulin to do its job and get the glucose out of the bloodstream.

The problem or the solution depending on your point of view happens when the pancreas reacts by pumping out still more insulin.

and the result is a vicious circle of highs and lows.

When a lot of insulin is secreted in response to easily digested carbohydrates, your cells are likely to resist to the effects of the insulin, particularly your muscles, at least in the short-term because they are getting enough glucose already all the while that the insulin is working to make you fatter and store more calories as fat unless your fat cells are also resistant to it.

However, if you secrete a healthy amount of insulin and your muscles are resistant to it, you’d still achieve the same result, a larger waistline.

Fat cells, liver cells, muscle cells, don’t all become resistant at the same time, to the same extent or in the same way. Some of these cells will become more or less sensitive than the others, this means the same amount of insulin will have a greater or lesser amount of effect on different tissues and how this tissue responds will differ as well, from person to person and over time in each individual, the more sensitive a particular tissue is to insulin, the more glucose it will take up.

If it is a muscle, it will store more glucose as glycogen and burn more for fuel, storing more fat and releasing less.

It will take up a disproportionate amount of fuel from the carbohydrates you eat and use it for energy. 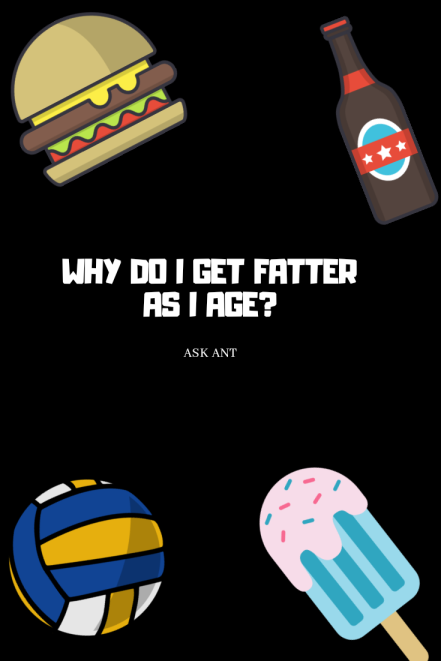 HOW YOU FATTEN AS YOU AGE

How your body responds to insulin changes with time, and in response to your diet. As you get older you become more insulin resistant, but this almost invariably always happens to your muscle tissue first then later if at all, to your fat tissue.

A general rule is fat cells always stay more sensitive to insulin than the muscle cells do.

So even if you’re lean and active when you’re young, you’re muscle cells are still likely to become resistant to insulin as you get older.

As they do, you’ll respond by secreting more insulin, and more and more calories will be directed to the fat cells, leaving the fewer and fewer left to fuel the body.

As you enter middle age, you’ll find it increasingly difficult to remain lean, and you’ll also begin to manifest a multitude of metabolic disturbances that accompany this insulin resistance.

Your blood pressure goes up as well as your triglyceride level and as bad cholesterol is going up, and the good ones go down, you become exceedingly sedentary as the aftereffect of the energy drain to your fat tissue. 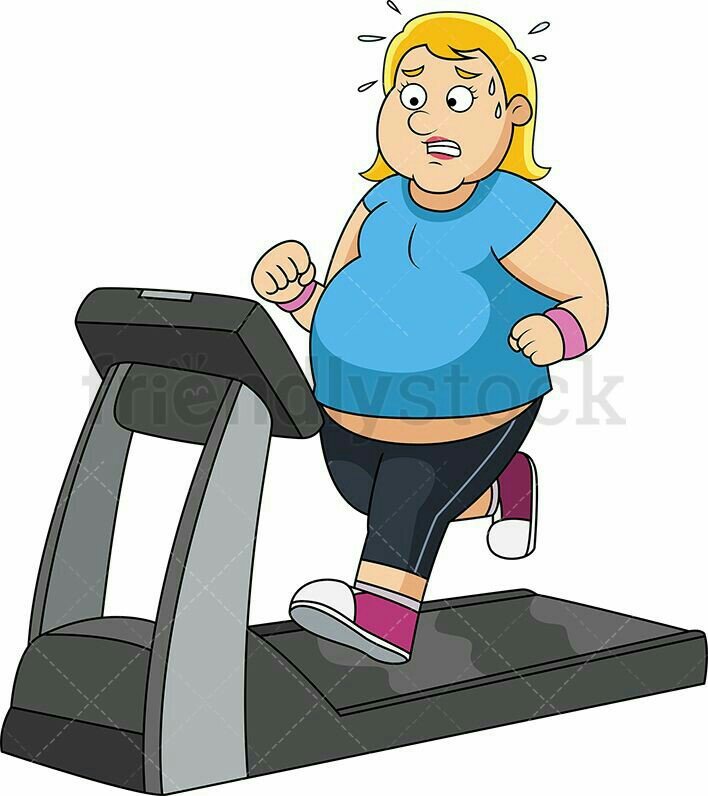 The conventional belief that our metabolism slows because we fattened up probably have this cause and effects backward.

More likely is that our muscles become increasingly resistant to insulin and this partitions more of the energy we consume into fat, leaving less available for the cells of muscles and organs to use for fuel, therefore as a result becomes more sluggish.

This is what we mean when we say our metabolism slowed down.

HOW FAT BABIES ARE MADE

Why are the children of today getting fatter and even coming out of the womb fatter than they just 30 years ago?

This is one aspect of the obesity epidemic that emerged recently in studies worldwide.

Not only are children obese now than ever before, but most studies report that kids are noticeably fatter at 6 months.

fat children tend to be born from fat parents due in part of all the ways that our genes control our insulin secretion, the enzymes that responds to insulin and how and when we become resistant to insulin.

But there is also another factor that represents a cause for concern.

children in the womb are supplied with nutrients from the mother through the placenta and umbilical cord in proportion to the level of nutrients in the mother’s blood.

This means that the higher the level of the mother’s blood sugar, the more glucose the child gets in her womb.

As the pancreas in that child develops it apparently responds to the higher dose of glucose by developing more insulin-secreting cells.

So the higher the blood sugar in the pregnant mother, the more insulin-secreting cell the child will develop, and the more insulin the child will secrete as it gets close to birth, resulting with the baby being born with more fat and being more likely to develop insulin resistance in the future which in return will make him fatter as it age!

Because of this situation, the rise in the belief that some of us were programmed to get fat at our middle age becomes true, even if we showed little or no sign of this when we were younger.

Very little can be done to 'change' the world, especially if 80% of the stakes required for any degree of change to occur depends on other people's willingness to do so. I am not interested in "changing" the world, I'm only interested in changing myself and my 'world'. For, in the end, that's where the true change occurs. View all posts by Gamergurl Halo