Food has always been one of the most troubling issues for most students in Nigeria. With hectic schedules and workloads, it is always convenient to just dive into any edible thing at hand to satisfy hunger without giving it a second thought.

But most of the time, the problem is not the immediate need of having to satisfy the hunger that is the problem, but in the long term consequences of irregular eating patterns, and also the consumption of bad food and a questionable diet.

From my experience, I have noticed a vicious pattern for students in the universities in Nigeria, and that’s falling sick almost exclusively during the examination periods.

Last semester’s sick student’s ratings at my school were at it’s an all-time high, the school clinic was so choked up, and without any bed left, sick students were literally laying on the floor waiting for a chance to get attended by the doctors ( which sometimes never came). We even had students being prematurely discharged from the clinic because they had to make more space for sicker students.

Two days ago I shared a post on how to survive your first year in a Nigerian university, and like I had promised this post is a also a sequel to the former, and within the course of this week, other related topics about student life would be addressed. let me know in the comment section below what topics related to this you would like me to discuss

the standard Nigerian student’s diet for a day

Breakfast: Most students, especially the females living in the university hostels would only prepare a descent meal during their absolute free day. But for the guys, its mostly crap all through, day in day out, unless they have a generous girlfriend or girlfriends who know their way round the kitchen. But for most of the time, especially if we have been studying throughout the night, we would most often than not just have bread and egg (also known as risky burger) or the notorious instant noodles, with indomie being the national favourite.

its either this or we skip breakfast all together, which is not all totally bad if it was done in an organized way ( intermittent fasting), which is what I usually do.

Lunch: when most students are fortunate enough to have some break from class, they’ll go between two choices. One, grab some fast food from the local school restaurants that are quite notorious for selling nutritionally deficient foods and having questionable cooking hygiene practices.

Or some more instant noodles.

for students who are either broke or are unfortunate to be in a class where the lecturer won’t stop talking, it’s hunger strike for them.

In Nigeria, it is very common for students have as meal noodles for breakfast, lunch, and, dinner inclusive. Whereas, some would substitute Garri which is made from grounded roast cassava, which technically is just as bad as the noodles.
With a diet as bad as this one can start to grasp the bigger picture of why most students pretty much give out on their health during the exam period when stress levels are at their all time high.
I have noted down some ways in which from experience you could drastically improve your diet during the course of the semester as no amount of reading or “jacking” as we would say can compensate a missed examination. It is never a wise idea to chase after lectures concerning things like a missed exam and other related concerns, but I’ll leave the reasons for such in another blog post for I’m trying to stay on track here.

HOW TO AVOID EATING UNHEALTHY AT A NIGERIAN UNIVERSITY

There are numerous ways I had discovered to get this done, especially when I had had my health decline numerous times during my first year, I missed a couple of tests and assignments which are even more important to your grades and even you passing the course than the course’s examination itself.
During my first semester, I was admitted into the the hospital three times in two months. My GPA for my first year is neither braggable too. I am embarrassed to say it.
I learned how much the food we eat can greatly influence our overall health, emotions and even physique. And one of the way I improved my diet was
Using a meal planner

Just like  how you need a school planner to keep you organized and in check, the meal planner takes away much of the guess work for what you should be eating throughout the course of the week, believe me it is very much easy for you to eat crap and anything that comes to hand if you had nothing planned ahead.
Having a planner also let’s you know how much you would be spending on grocery shopping.

When grocery shopping, it is advisable when buying fresh fruits and veggies to buy only what you would be needing during the course of the week according to your planner and no more.
This will not only stop you from wasting food which would in turn save you money, but it will also guarantee that you are eating only the freshest of produce.
For processed foods, you should buy enough to take you the whole month or semester if possible as this is more economical and less stressful on your part.
If you are bothered about your macros and how much nutrients you get into your body per meal, then you can download this app I use from play store which is “eat this much”. It not only helps you plan your meals for the day before hand, but it also helps you keep you calories and net carb consumption in check.

The only down side to this is that not all the local meals are available for indexing into this app, as it is more Western centered.
If you have been keeping a very bad diet and wish to make a change then you can read our previous post on how to make a diet transition 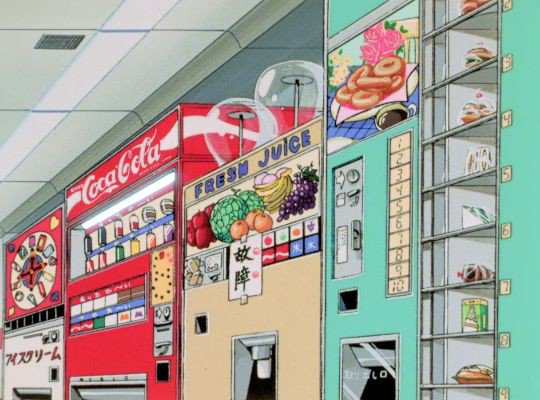 Bring your own food to class
In my last post on student life series, I talked about buying a Tupper ware as an essential. On campus, it is very hard to find a descent meal that has been properly made, so because of this, you have to make sure you make your own meals as this is the only way to ensure quality. When you have an idea of what you will be eating for the day, and the resources available to create such meals already at hand, you only need a few minutes to whip up something for the day.

Although most universities do not allow students to bring any electrical for fire hazard reasons, it still does not stop students from breaking the rules, I know I do. I can’t stress enough the importance of cooking tools such as a rice boiler or pressure cookers, it’ll save you untold number of energy and time!

For breakfast if you are going to be having one, keep it light and simple. However if you are going to be making either of this, it may be beneficial to wake up earlier to prepare such meals, or just do it the night before if you know such foods can sit over night without spoiling. Student’s hostels provided by the university usually do not have have fridges and neither do they let the students bring one, so most food would have to be made fresh.

I have also noticed, at least, in my university’s local market that fruits are quite cheap, so don’t forget to incorporate them into your diet as they are convenient and nutritious.

I may have to create a post on how to shop and save food money as students, as well as various convenient, minimal cost meal recipies for students. Let me know in the comment section what you think.

Very little can be done to 'change' the world, especially if 80% of the stakes required for any degree of change to occur depends on other people's willingness to do so. I am not interested in "changing" the world, I'm only interested in changing myself and my 'world'. For, in the end, that's where the true change occurs. View all posts by Sonia Adeka

2 Replies to “WHAT NIGERIAN UNIVERSITY STUDENTS EAT IN A DAY”

This site uses Akismet to reduce spam. Learn how your comment data is processed.